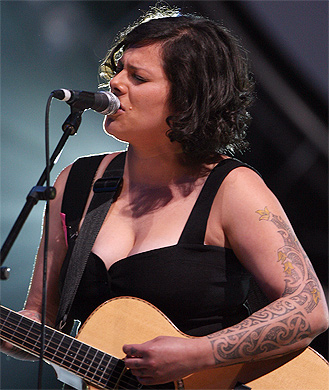 Before beginning, I must congratulate Moa on her recent marriage to Burlesques artiste Azaria Universe -who, it turns out, was married by the same celebrant as myself. I only mention this because when I heard “I Am the Woman Who Loves You” I immediately understood the sentiments behind this song of first encounter. Moa’s claimed it was Azaria’s eyes that first grabbed her. And yes, mushy as that is I agree. But LOVE, folks, is what Moas new album in all about. And this time it really is very personal, to her, to you and to me.

After the sparsely dark Stolen Hill and the country-tinged In Swings the Tide the pop muse has returned and is in full residence – from the lullaby “Love Me Again” to the aerial “Secret and Lies”. And she’s backed by some fine artisans including Golden Horse’s Geoff Maddock, who shines radiant on “Running through Fire”. Moa’s really proving her dedication as she is on record, as on stage still utterly engaging.