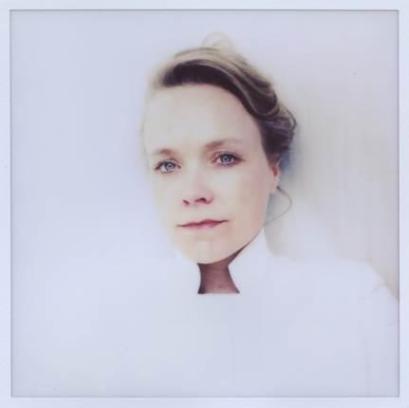 Leave Me Breathless is the seventh studio release from Norwegian born, Stockholm based musician Ane Brun.  Brun is usually known for dark, introspective brooding work that challenges us and changes our perception.  So what possessed her to take on a collection of covers, half of which are the some of the most appalling songs ever conceived?

Touted as her most personal album yet, it’s a collection of 14 tracks that “deal with those overwhelming themes of love and romance”.  But so what?  I mean why choose an abomination like Foreigner’s I want to Know What Love Is?  Admittedly Brun’s version is way more intimate, slowed down on guitar with some more brooding synths in the background, as is her custom.

The treatment is very much like her earlier stuff, especially songs like Big In Japan (2008).  Delicate, every, pronounced.  Lines delivered as carefully as a child stepping across flagstones in a stream.  But nothing can turn a pig’s ear like this one into a silk purse.  Not by any stretch of the imagination.  The song is horrible and nothing can change that whining chorus.

Knocking off the blatantly gushy Elvis cover You Were Always On My Mind or the equally appalling Mariah Carey blast-fest Hero just makes you want to reach for the FFWD button pronto.  Fortunately, Brun doesn’t try the vocal gymnastics, voting to go soft and subtle but both are so layered with cheese that Not even Brun’s pining, longing vocals can save them.

Worse, if that’s possible, is her version of The Righteous Brother’s Unchained Melody.  Thanks to The Big Chill every disco in the 80’s thrashed this one to death…one reason Brun chose it, no doubt.  Brun tries desperately to strip down the Spector Wall of Sound and get to the heart of the song but fails to really give us anything new or compelling.  The corny lines and annoying hooks are still there. I hated the song then and her version doesn’t really change that.

Things Finally improve with her sparse, slightly Celtic treatment of Nick Cave’s Into My Arms.  It works if you’ve never heard the original.  But Cave’s performance is so aching that it would be impossible to top it.  So instead, it comes across like one of those songs redone for a television show or pilot theme.  All very sincere but leaking the charisma of the original.

On the other hand, her version of the old Shakespeare’s Sister number Stay really is more genuine.  It’s constructed around a simple keyboard/synth arrangement with tinges of Kraftwerk which makes the song less melodramatic but futuristic, more like something suitable for a sci-fi film like I Robot.  Towards the end, you get the soft hum of what appears to be a distant Welsh Male Choir singing the chorus to fade out.

The highlight of the whole album is almost too late.  A truly haunting rendition of Radiohead’s How To Disappear Completely comes in like the ambient music of a Norwegian noir crime show, just after the victim is found dead and cold on a misty country road. Her song shuns the original anxiety of a full band and uses lingering atonal chords and sparse piano notes so that your mind instantly drifts to an empty glacial plain or a frozen river.  It’s frigid and slightly creepy in places.

Another forget me not is Dylan’s Girl From The North Country.  I hated the original.  Dylan mumbles through the thing like he’s embarrassed or something.. But Brun slows down its usual chug and adds a slight country twang with some haunting hints of Ry Cooder style slide guitar to build atmosphere.  It would work well in a Townes Van Zant or Lars Trier film.

The other song of note claims it’s inspiration from the ‘Doo-wop’ chorus-line of the original Joni Mitchell tune Big Yellow Taxi is redone as a choir piece.  I suspect that Brun has overdubbed her voice countless times to make a backing track of human voices as a bed over which to sing her version of the song.  Again, like many of the others on this album, she’s slowed down and takes care with every vowel and consonant, savouring each sound as she makes them.

It’s a shame that her best efforts and most creative appear at the very end of this album.  I would have liked more innovation.  After you can see great performers at your local pub do cover on a guitar or keyboard.  There’s nothing special in that.

Brun has claimed that the original idea behind this project had been to interpret love songs, romantic songs – it didn’t have to be a specifically sad or happy love – but, in the end, there are a few songs with other themes as well.  That it was a concept of simplifying or interpreting emotional songs in my own way.  Well, sure.  She’s done that but sadly there’s little to get excited about.  And her choices, bar one or two, are simply appalling.  There’s really little else to write home about here, sorry.