There’s a famous line from that great Ackroyd/Balushi movie The Blues Bothers: “We’re getting the band back together!” That’s exactly what’s happened to Auckland based alt-pop crew PLUTO (Pipe Lines Under The Ocean)  who, after a 10 year break, have managed to almost seamlessly remerge back onto the scene. However, the reincarnation was not quite as simple, as Tim Gruar found out when he spoke to the band’s front man Milan Borich earlier this week.

Whatever happened to PLUTO? After almost a decade of silence the group made a surprise drop in August with a new single ‘Oh My Lonely’, followed closely by the release of their long-promised fourth studio album ‘IV’ in September. And now the original line up – Milan Borich (lead vocals, guitar), Tim Arnold (vocals, guitars), Matthias Jordan (keys), Mike Hall (bass) and Michael Franklin-Browne (drums) are now hitting the road to perform at album launch parties in Wellington and Auckland.

As they say, the past is another planet. Cast your mind back to 2001 (cue wavy picture lines) when PLUTO burst onto the music scene with their masterful brand of multi-layered rock that mixed and mingled indie, moody pop, hook-laden sing-alongs, angular, full-energy, anthemic rock and even Lounge. Borich delights in being impossible to nail down when it comes to being pigeon-holed into a genre.

The boys had just made ‘Red Light Syndrome’, which spawned the singles ‘Hey Little’ and ‘She’s Jive’. That was closely followed by the behemoth double-platinum selling ‘Pipeline Under The Ocean’, featuring the fist pumping ‘Dance Stamina’ and the 2006 Music Awards Single Of The Year ‘Long White Cross’. The album’s name came from the historic Second World War pipe lines under the ocean which supplied fuel to Allied forces after D-Day (Borich was a big history buff at the time). The band’s third album ‘Sunken Water’ gave us a combination of elements including ‘sci-fi-delic’ tones, rock’n’roll power and soothing vocal melodies, all influenced by a range of emotions ranging from morning to dusk, to love, to characters they’d met travelling. There were side projects like Borich’s ’07 cover of Alphaville’s ‘Forever Young’ which was used in a Tourism New Zealand’s “100% Pure New Zealand” campaign. Then, there was extensive touring, more award appearances and high radio rotation. This was a band at the peak of their powers. Then, it all went quiet. So what happened?

“You want me go from the beginning?,” asks Borich, “ Ha ha! Well, settle in – (puts on a narrator’s voice) About 10 years ago, we released what was going to be the first single (Snake Charmer) for this new record. We’d been working for quite a few months on new material. And then suddenly it was all in a turmoil, with me, mainly. My ego got in the way. It all turned sour. I did things badly. Could have done them better.”

Around that time, there were a string of issues with their record label, royalties were being muddled, with the introduction of digital music revenue streams, and the poor sales of the last album also didn’t help.

“So the band, kind of, parted ways. I went to LA and everyone else did their own thing (starting other bands, session work, teaching, new jobs and buying houses). I had all these songs that were on my hard drive (from this time period), which crashed. So, we lost all these songs. I thought that was it. Then! Luckily, about five years ago, I discovered the songs on a back up hard drive. There they were again.

Then my father passed away last year. He’d been asking if we could put the band back together, as he really loved us. He wanted us to do it. And so, I swallowed my pride, begged forgiveness and got the boys back together, back in the room to start what we started, basically.”

I ask what Borich was doing in LA during this hiatus but I wasn’t entirely prepared for the answer.

“I signed a publishing deal with Chrysalis Music in 2011 to be a songwriter. But that all fell to pieces when Kenny MacPherson, who was head of Chrysalis at the time, had to leave when EMI and BMG took over the company. He was the main man who signed me, and after he left… so did I.”

It was during this time that Borich also did some work as a bouncer in a seedy bar, frequented by ‘Hollywood types’. “Now that might seem a strange thing to do. But for me, going to LA was like disappearing, you know? (after the band’s break up). I became a bouncer at the ‘hipster bar’ called Harvard and Stone on Hollywood Blvd. I was pretty good at it. It was a dark, seedy kind of backwash of LA. To experience life on the peripheral edges was very interesting. I got to see a lot of strange behaviour. Hollywood elites doing bizarre things. One night I had to kick out Santa Claus for hassling Lindsay Lohan. Another time I had an in depth conversation about the technical aspects of analogue sound waves with Joaquin Phoenix. Another time I kept Daft Punk waiting in line because I didn’t recognise them!” Who would!?

Borich tells me he also played music in a number of strip clubs to earn a bit of extra cash. Although he won’t elaborate on what went on during those gigs, he does elude to some pretty interesting times. He brushes it off, though – apparently entertaining punters in places like that was a perfectly acceptable way to earn your chops in the City of Angels.

However, when the Chrysalis thing fell through, he’d had enough of LA life. “And so I returned home in 2013/14 and did some session work on drums, and a few more things.” That included making a record with Tim Arnold as ‘Debbie and The Downers’. Borich says that he kept on with musical projects but had lost some of the incentive to a degree. But finding those recordings on the back up drive was inspiration enough to get back on the horse.

Speaking about the tracks he notes that most were simply demos, but there were a couple that were fully fleshed out. Many were missing lyrics and other parts. “The vision was there for some. A couple were almost good enough to release. We still had to patch them up. The first single, produced by Nick Abbott, ‘Oh My Lonely’, was one of those.”

So how does it work, when you unearth tracks that were recorded so long ago? How do you work with them? Do you add to what’s recorded? Do you copy the bits you like and play them as new? “We had the chance to double check if they were good enough. Some didn’t have fully formed lyrics, which was handy as I got to rewrite them. Give them a bit more interpretation of what’s going on in my head right now. Others, like Oh My Lonely, were fully formed. So, with that one, when you are performing it, then it’s like doing a cover version. The hard work is done. You are copying an earlier version of yourself, with the perfected article. And it’s like that playing the old songs, too. Muscle memory kicks in. You get to muck around with the way you sing or play a song. Just like a cover, give it a little nuance that wasn’t there before, change the tempo or the way it’s sung. Make it interesting for the audience.”

Borich has to admit that there are no ‘completely new’ songs on this album. They all link back to that set of demos on the hard drive. Albeit with new parts and lyrics added. With the help of Jol Mulholland, “he was able to hear these songs in a different way to how we may have played them earlier, especially those fully formed ones. He could lead us down a path that was new and fresh. So, Oh My Lonely sounds so different to our earlier interpretations for example.” Yet at the same time, Mulholland knew how to create the soaring epic moments (Rainbow Blood), techie noodling (Lonely Fall) and lounge room intimacies, like that in ‘Hey Sista’. That undefinable fluid genre of PLUTO in play yet again.

The album was eventually put together by Mulholland but was recorded all over the place, including Borich’s own home studio (now gone), The Lab, The Wall, The Oven and Roundhead. “The list of who contributed goes on and on. The evolution of the album is over 10 years. It’s a massive journey over a decade. It closes a chapter and opens new one for us.” 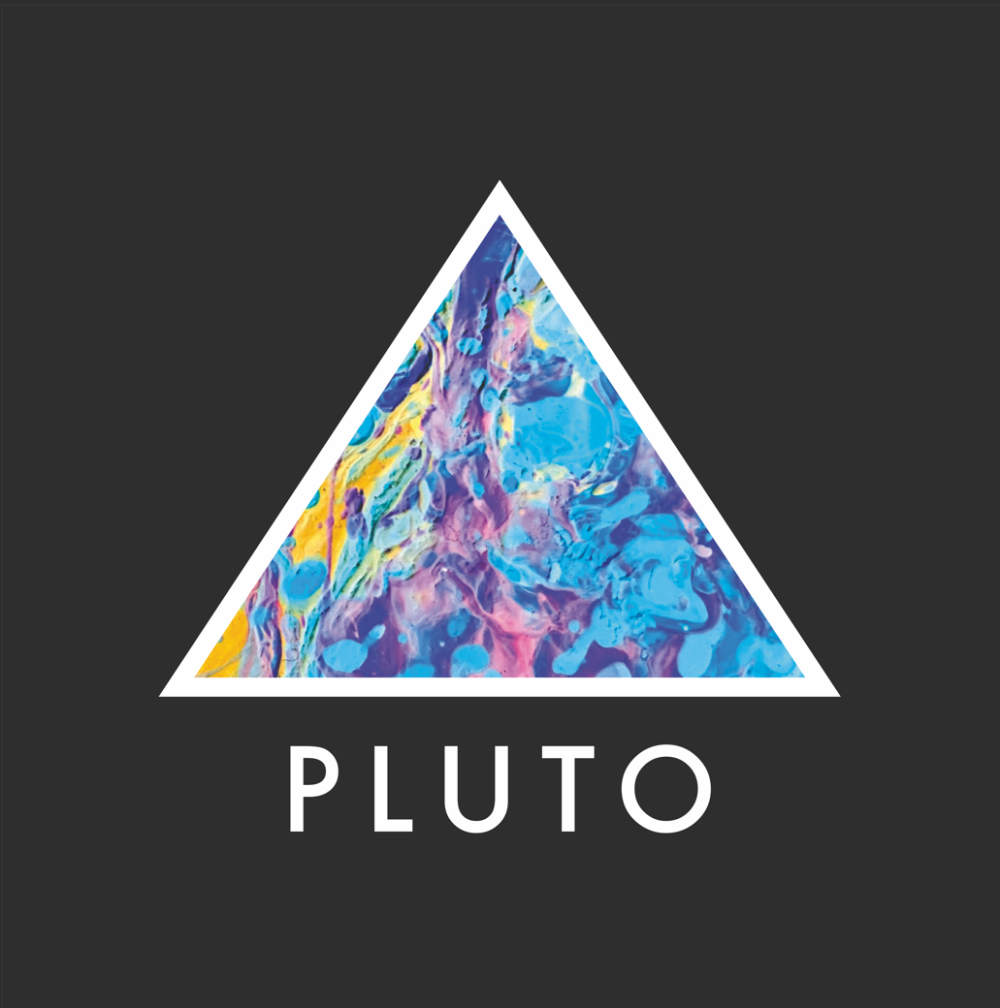